Looking for the Christ In Who? 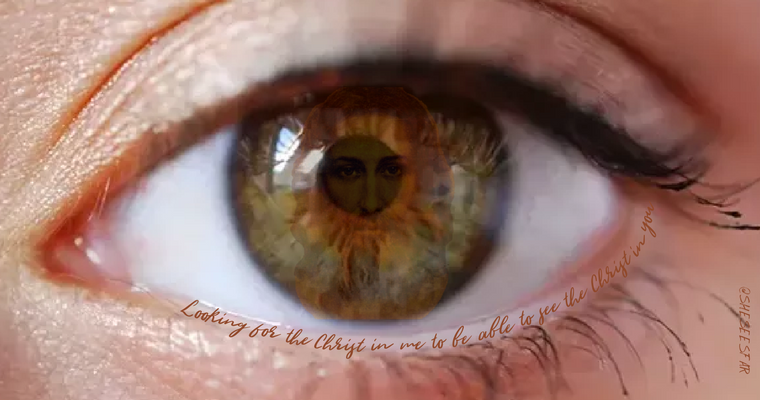 The weekend of August 11-13, I was attending the first session of licensing school for local pastors.  The group I was with – thirteen students and two deans – was diverse in age, gender, race, church- and non-church-related experience, and (near as I could tell) political ideology. I think the 35 year-old young man sitting next to me was a bit surprised to find out that, at nearly twice his age, I was as or more progressive than he saw himself.

News about current events was limited to bits and bytes of information caught on TV in the dining area of the hotel each morning at breakfast, on the television late news we all went to our rooms and watched each night before falling into exhausted sleep, and/or through brief glimpses at our social media during breaks. Other than that and calls home to check in with the family, there was very little outside contact.

From student- and clergy-delivered messages at morning worship and evening vespers comes:

Guest speakers throughout the weekend added to the snippet collection:

From social media and informal discussions:

From my family when I finally got home:

From my own archive of past and post-weekend snippets floating in and out of roller-coaster seats:

An odd collection of thoughts riding that high-speed roller-coaster that lives in my mind, and the not-so-amusing amusement park ride was now increasing speed to a degree of that would make roller-coaster thrill-seeker fans breathless. What more could my brain possibly add or even hold?

I’m not sure how he speaks to those of you reading this, but when it comes to me, the Spirit is a technology geek, I swear. Faxes, car radios, YouTube, the multitude of albums on my phone playlists, and even Twitter.  Only occasionally does he go directly into my head.  Most times, I look at the source of his messages and mentally (or even out loud) say, “Got it. Thank you!”

Not this time, though.  This time, he cued up a song in my head that I already knew. This time, I bucked, kicked, pulled against his guidance hard, and tried to block out the music.

How was I suppose to look for the Christ in racists that were overtly proud of their racism? In a president that was refusing to name the problem, in politicians whose statements of condemnation seemed like hollow vote-getters as those same politicians were supporting legislation that perpetuates racism, worse, and in messages from all fronts that seemed to carry code for actual support of the racists and/or military action? Where was Christ in two bullies chest-puffing at one another while the world’s most devastating weapons lay at their fingertips?

Why did I feel like I was seeing Christ’s back disappearing through the about-to-slam-shut exit door when I looked at people I admired greatly – popular theologians, recognized speakers and clergy from all facets – as I read post after post that suggested anyone in a church where these issues were not addressed on Sunday was in the wrong church and should start looking around, or as I watched their online statements and articles (those parts of their ministries that I can observe from my place here in East Tennessee) seeming to devolve into secular politics with very little ministering or even shepherding Christ-like ways or at least alternatives?

Was that what I was seeing, or was I misreading several dozen people who seemed to all be going in the same direction? A direction in which I was fighting my own eagerness to follow, a path that I promised daily I wouldn’t take but that I found myself trying to walk backward on each evening.

And then the voice came again – stronger – but gentler, too … “Hush, child. You’re not listening.  I was singing that to you.  I’m lookin’ for the Christ in you. Who’s in your house?”

I live for those moments when the peace that passes understanding washes over me. I wish I would allow myself to have them more often.  At least now I could say, “Got it. Thank you!”

It’s so easy to be swept up in visible, audible, tangible, typewritten turmoil, in the throes of publicly shared anger, outrage, emotion. God help me, I get caught in that dustpan multiple times a day, despite deleting social media apps from my phone and forcing myself to limit time spent on social media sites when I’m sitting at a computer; despite limiting morning and evening intake of news broadcasts to one hour each so as not to be an ostrich.

BUT … I need to be able to add “… but …” to those statements, and when I can’t find the Christ in me, that addendum can’t come. At least for me it can’t.  As someone who’s been paying attention, experiencing and observing for 60 years, I feel secure in saying it can’t come for a lot of us. Sadly, it seems some of folks have given up trying to find the Christ in themselves or have outright denied access to him. They may claim a connection with him, but they don’t live out that connection fully.

I pray for them just as I pray for myself, and I blame it on the human in all of us.  Thank God, it’s a redeemable mistake.

So, long story short, I’m looking for the Christ in me to be able to see the Christ in you, them, even those other folks over there. If you don’t start seeing it when you look twice at me, please say so.  It means I got caught in earthly-ness again.

If you’ve never listened to Alana Levandosky’s album I mentioned above, I hope you’ll take time to look it up on YouTube.  In the liner notes, she says she intended to “weave the church calendar as found in the Anglican/Catholic/Lutheran traditions into the Christ Hymn (Colossians 1:15-20 New Jerusalem Bible) and ended up with a “Christ Narrative”.  It’s beautiful. It’s centering. It’s contemplative.  It’s my go-to for cleaning myself up after a trip into that wretched dustpan.

Thanks for taking time to read this.  God be with you and His peace be upon you. Amen.

*Thought I forgot that asterisk, didn’t you?  I am in the Holston Conference of the United Methodist Church. The history of Methodism is interesting and, to me, the history of the Holston Conference is even more interesting, especially related to early American history, the Civil war, and the lingering effects within this area. If you want to know more, let me know and I’ll connect you with those that can explain it.

Filed Under: Faith, Notes Along the Way
Teach Us How To Pray
Foot-In-Mouth Disease IS Curable … Sorta’