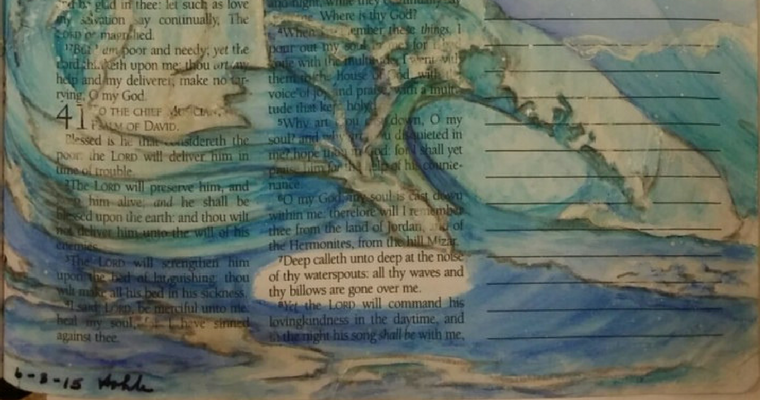 I have been agitated for some time now, and recently it grew worse. I couldn’t sit still when problem solving. I had to pace. I couldn’t think clearly unless I was completely alone. I was frustrated, worried, and vexed.

So many things were careening inside my head: finances, obligations, health issues for more than one family member … and those were the little things. The big thing was … big. The biggest thing ever in my life. Huge doesn’t begin to describe it.

The televangelists make it look easy, don’t they? “God told me …”. “God said [to me] …”. They make it sound like these personal directives from God came just that morning while God sat with them sharing a bagel and coffee at a local hangout. Physically. Visibly. People walking by, nodding their heads saying, “Hey, God. Nice to see you.”

It can make the rest of us feel left out, forgotten, ignored. Deep calls to deep.

And then there’s the whole “Holy Spirit anointing”. To listen to the televangelists, you’re prone to believe a tongue of fire identical to those of the first Pentecost (Did you see that episode of A.D? It was like a scene from Highlander, and the disciples were the victors of the sword battle … ) routinely snakes down from the heavens and strikes each televangelist like a bolt of lightening.

And, again, many of us are left wondering what’s wrong with our own worship, doubting the strength of our own faith. Doubting whether we’re even truly forgiven, truly redeemed, truly a Child of God. Sometimes, we even begin to think we’re just passers-by looking in the window of a world we can’t enter, can’t know, can’t hope to attain. After all, those preachers testified to those feelings and experiences. In front of thousands. On TV. So it must be true, right?

For me, though, God is gentle and subtle, and the Spirit whispers. Until deep calls unto deep.

God isn’t necessarily that obvious in His methods or messages to me. Like the Father He is, He often – gently at first – coaxes, cajoles, and nudges me in the direction He’s chosen for me. And – like the child I am – I begin to reach for that edge to pull myself up and learn my legs can hold me. Often without even knowing it was God doing the coaxing.

Parents use objects to coax those first steps out of us. God uses ideas and concepts. He plants them in our heads and hearts, waters them with His Word, and grows them until we are driven to take that first step, and then to step and step again and again to try to reach them.

We often fall. We often fail, but He’s our Father. He doesn’t quit or give up on us, not even if or when we give up on ourselves. He is the eternal, everlasting God, after all. He just keeps coaxing us to our feet and into stepping forward again until, finally, we begin to walk with some level of confidence toward those ideas and concepts He planted.

At least He’s not done with me. With me, God is very much a year round farmer planting succession crops. As I finally reach the idea or concept He has planted, as I find strength in it or succeed in putting it into regular practice, God plants something new. Something harder to reach. Something further away.

Deep calls to deep. It seems God isn’t just teaching me to walk, or even run. I’m relatively sure He’s working on making me into an Olympic candidate. (Does He know how badly out of shape I am? That I smoke? Have mental lapses where I curse like a sailor? Me?)

If you had told me in my teens … or in my twenties through early fifties where I am now being led, you wouldn’t erupt into laughter any louder than I did. Me. Seriously?

No offense, God, but whatever you’re on is probably illegal. I’m a train wreck of past transgressions. I’m pretty sure I’ve broken all Your laws (some more than once), and there are witnesses. Nobody … NO-BO-DY … is going to believe this one.

Deep calls to deep. And so there go I, digging in doubt what was planted in faith. Not my faith in God, but His faith in me. Forgetting that my part in all this is to trust Him, to have faith that what He has started will grow, will flourish, and will bear good fruit.

Into the deepest, darkest recesses of my being, God has called. Through my fears and doubts, my pain and past, my anger and frustration. Through my failures, my need for forgiveness. Through my own inability to forgive.

God has called deep into my own deep. He has sown a seed like no other seed He’s sown in me before. A seed I would have thought was reserved for the most pure, the most pious, the most obvious.

He has reached down into my deep and is raising up all that He sees good in me. Up through crashing waves that break away layers of self-doubt, through cleansing torrents that reaffirm for me that He has both forgiven … and forgotten … my transgressions, through billows and raging storms that temper my soul for what is yet to come.

He’s holding me close, letting those waters wash me clean and strengthen me to do the work He’s calling from my deep.

Deep calls to deep. And, in that call, I am being made new. And whole. And prepared for a purpose I would never have imagined on my own.

Deep calls unto deep. And my deep is answering back. Here I am, Lord. Send me.

Special thanks to Rebekah R. Jones. Had it not been for the challenge she gave on Psalm 42:7, I might still be waiting to hear what God’s been calling out of me for some time. 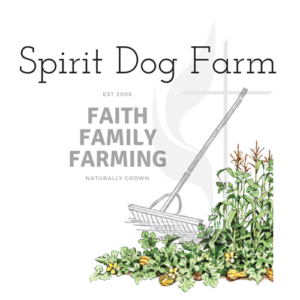 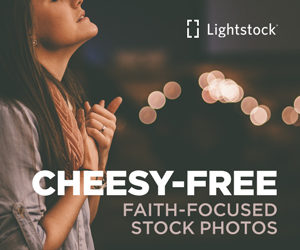